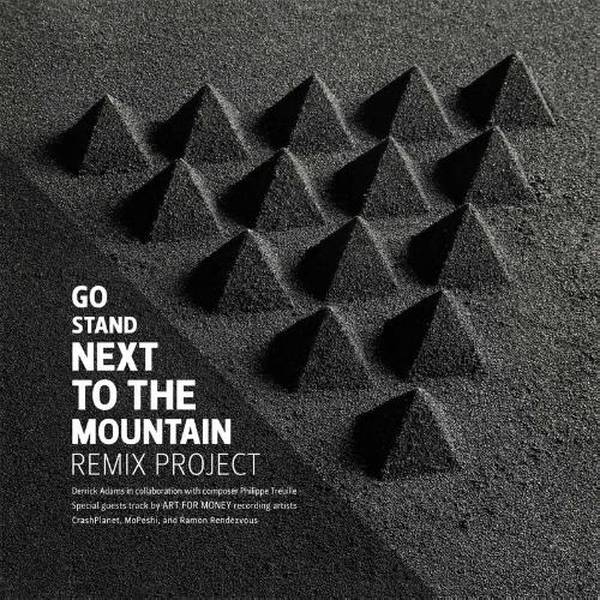 This is a limited-edition vinyl collectable album featuring remixed versions of songs from multidisciplinary artist Derrick Adams' collaborative endeavor with composer Philippe Treuille. The original songs for this new project were first presented during Adams' live performance of "Go Stand Next To The Mountain" at The Kitchen NYC in 2010. That performance included an original score by Treuille and an additional musical contribution by ART FOR MONEY recording artists CrashPlanet, MoPeshi and Ramon Rendezvous - all of whom appear in this new remix album. The experimental sound and context of the original performance is expanded into an alternative musical experience and conceptual work with a responsive album cover design, packaging and production by Rhodeworks, Berlin.

Released: 2021
Produced by: Rhodeworks, Berlin
Signed by the artist