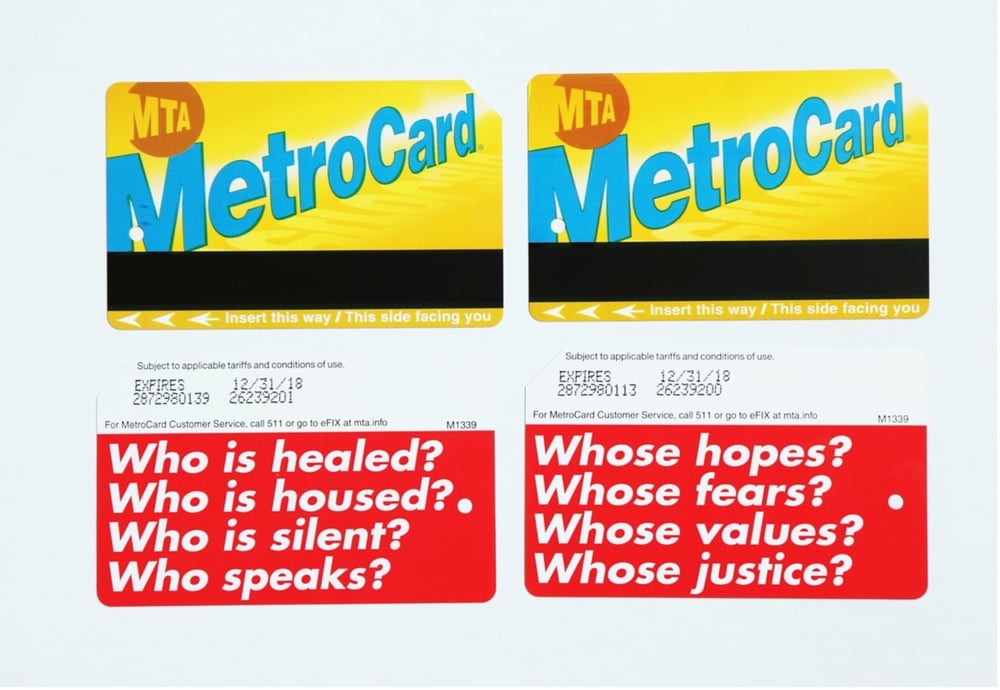 Performa and Metropolitan Transportation Authority released 50,000 limited-edition MetroCards in conjunction with Barbara Kruger’s Performa 2017 Biennial commission. The two sets of cards each contain questions that Ms. Kruger has asked in artwork throughout her career. “Who is healed? Who is housed? Who is silent? Who speaks?” is similar to part of a 1991 work, “Untitled (Questions).” “Whose values?” was printed on a Newsweek cover in 1992, as a response to Dan Quayle’s emphasis on family values during his vice-presidential campaign.

MetroCard for New York City MTA Subway and Buses
50,000 limited edition
No value or time pre-loaded on card
IN STOCK